Oklahoma City's next up and coming urban development neighborhood. Centrally located between Upper and Lower Scissortail Park and the Oklahoma River, this area is full of new development and endless opportunity.

North Shore is an up and coming area centrally located between Upper and Lower Scissortail Park. This area is full of new development and endless opportunity.

You'll love living next to Downtown attractions like Scissortail Park, the Oklahoma River and the Myriad Botanical Gardens.

A once bustling neighborhood in the heart of OKC, this land has been forgotten in the wake of massive downtown development in the last few decades. A neighborhood known for its after parties housing Deep Deuce legends after their electrifying shows, the booms and busts of the 20th century left it abandoned and hidden in this private corridor. Now sandwiched between remarkable development - Upper Scissortail to the North, Lower Scissortail adjacent to the East and The Boathouse District after that, The Oklahoma River, Wiley Post Park and Capitol Hill to the South, and the developing Wheeler District to the West - This neighborhood is in a primed position to be one of OKC's next up and coming neighborhoods. Just a short commute to countless locations ranging from night life to outdoor adventures.

Homes For Sale in North Shore 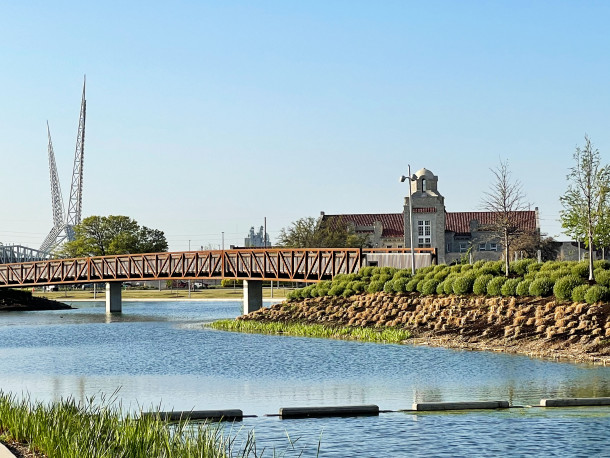