Crestwood is loved among its residents for its central location in the Urban Core and its picturesque features. This charming neighborhood offers the advantage of quick access to the main points of interest in the Urban Core and Downtown as well as convenient access to shops in the suburbs. Enjoy homes that are full of character and easy access to urban living. 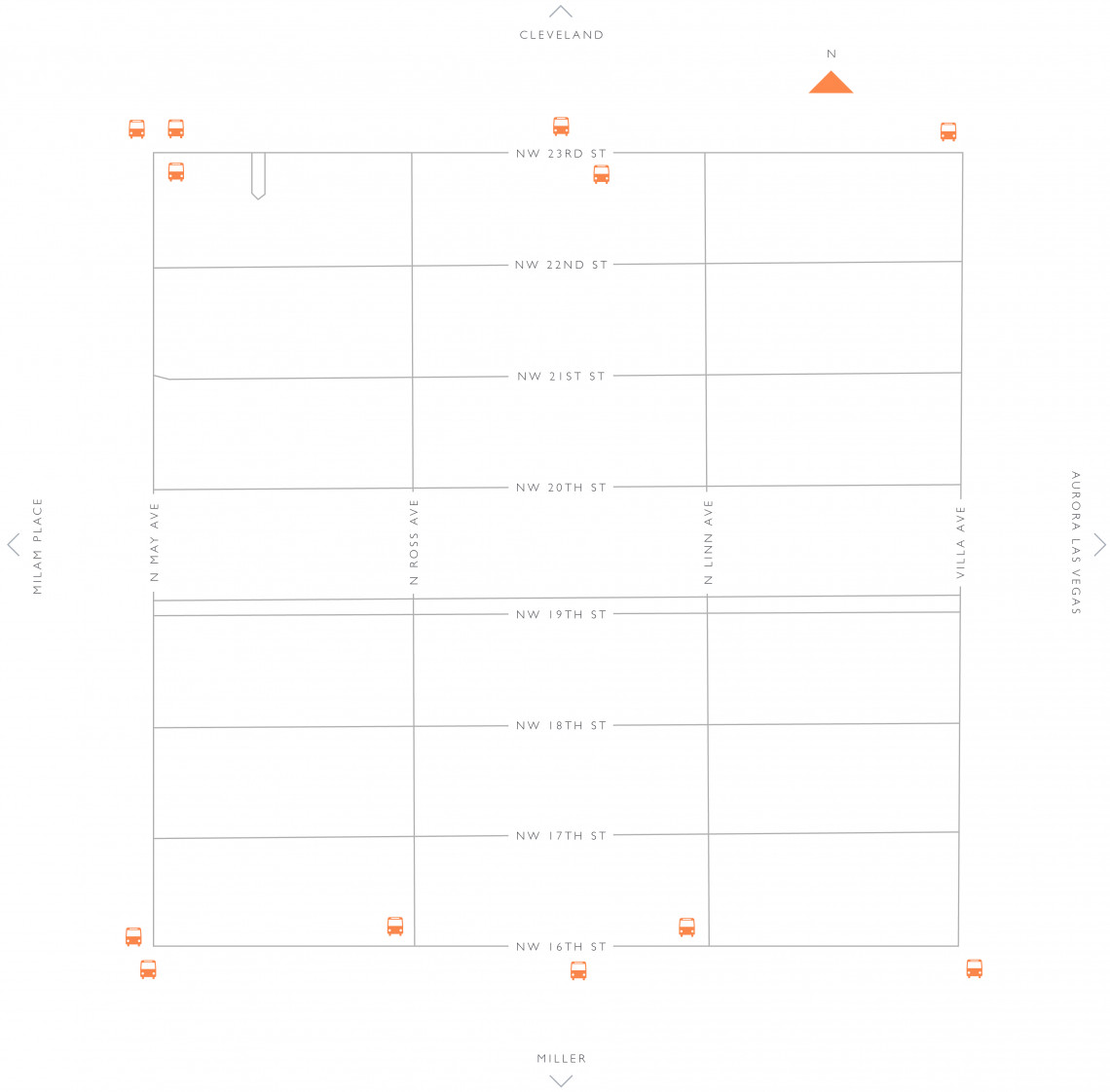 Crestwood consists mostly of quaint Cottage and Tudor home styles. This neighborhood is home to beautifully tree-lined streets, picturesque landscapes, resting benches and is within the district for Cleveland Elementary School.

In 1906, the neighborhood was platted as Ellis Place with a wide diagonal strip running northwest to southwest reserved for Capital Boulevard. The strip was to have street car tracks in the median bordered with automobile lanes. Next to those were to be horse and carriage lanes. In 1915 the boulevard idea was canceled and the land was replatted with streetcar right-of-way in the median of NW 19th Street, but streetcar lines were never built. In 1922, the western edge of the city ran along Peach Street (now Villa) from NW 15th to Northwest 22nd. In August 1924, the neighborhood was replatted as Jones Park Addition, and two months later was replatted again as Crestwood. Crestwood, between Villa and May Avenues (then Peach and Parker), was substantially developed between 1924 and 1930 by developer and political giant John J. Harden, who later built the Edgemere Park and Linwood Place neighborhoods, as well as the Oklahoma City Farmers Public Market building. The neighborhood is primarily Tudor Revival houses with some Bungalows and Spanish Eclectic homes scattered throughout. The Tudor Revival homes are mainly one-story gabled cottages with steeply pitched roofs, arched entryways, doors and windows, and detailed combinations of brick, stone and stucco. The distinctive chimney styles found in Crestwood are a unique feature of the neighborhood. 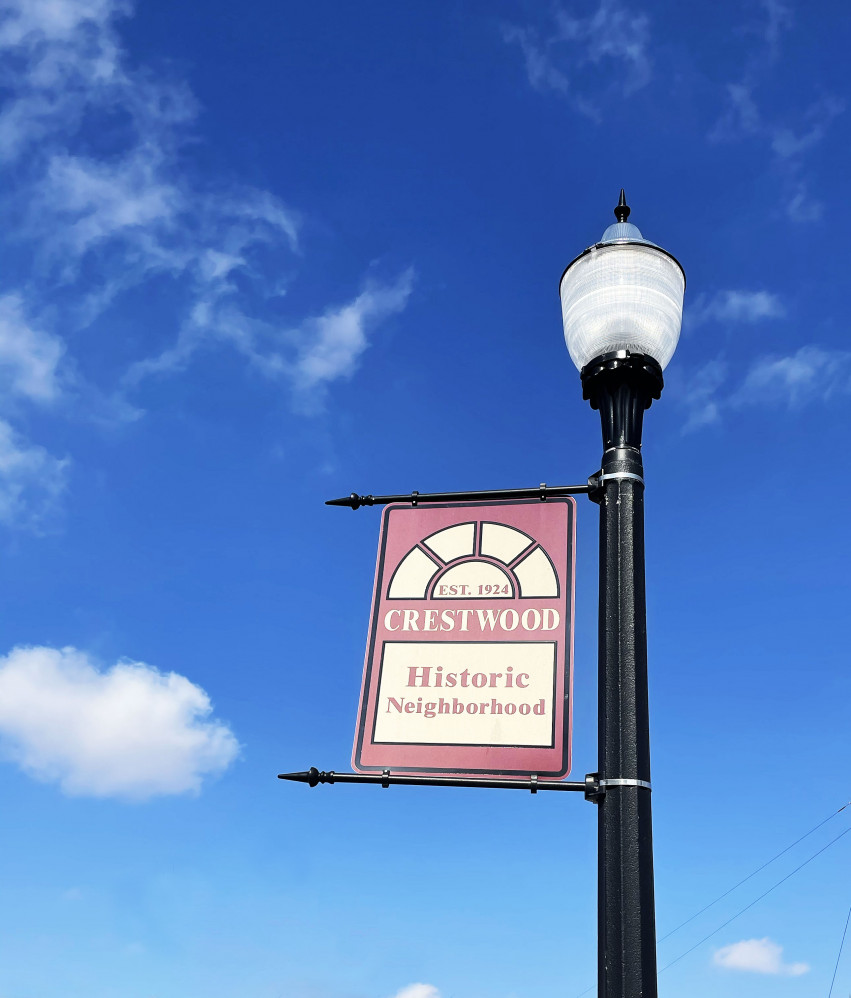 Homes for Sale in Crestwood 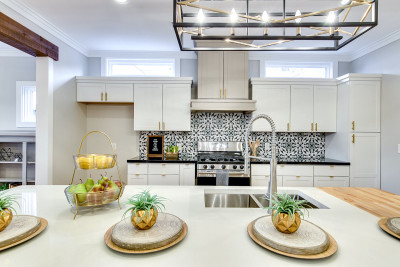 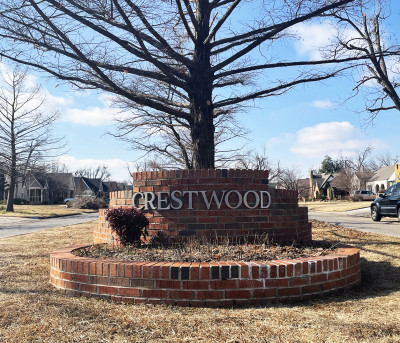 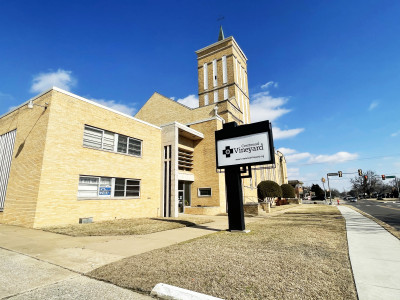 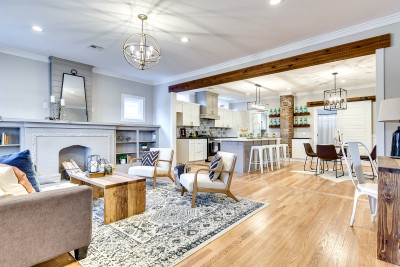